Inbetween: a house and a garden for women in Baghere village

Aristotelis Kaleris in collaboration with Ioannis Lykouras and Pille Noole, from LÜNK arhitektid office in Tallinn, present their proposal, entitled “Inbetween: a house and a garden for women in Baghere village”, at the architectural competition “Kaira Looro Architecture Competition 2021: Women’s House”.

The objective of the competition was the creation of a “Women’s House” with a symbolic aspect and an easy to build and environmentally friendly structure. This “house” will be located in Baghere village at Tanaff valley Senegal and will be used for hosting meetings, seminars, labs, and any other activity that could be useful in reducing forms of discrimination, strengthening and promoting gender equality.

How can architecture represent and come to the defence of gender equality? Most of the time we think that only exert of power, economics or legislation can aid to overcome a status quo. In this endeavour, we are trying to unfold the latent power of architecture to establish situations in place and time which, through dynamic and mutual relationships, can alter their physical and cultural context.

On the one hand, all the provided data about gender equality and the conditions of Senegal women’s everyday life, especially in countryside areas as the Tanaff Valley, dictate that a space dedicated for a women’s organization should be, feel and look like as a sanctuary.

On the other hand, the vision of this competition is to surpass the threshold of inequity and lead women to claim their place as equal, independent, strong and actively involved members of society. This concealed, desired, twofold relationship of the project with its environment gave birth to the main idea of the design. 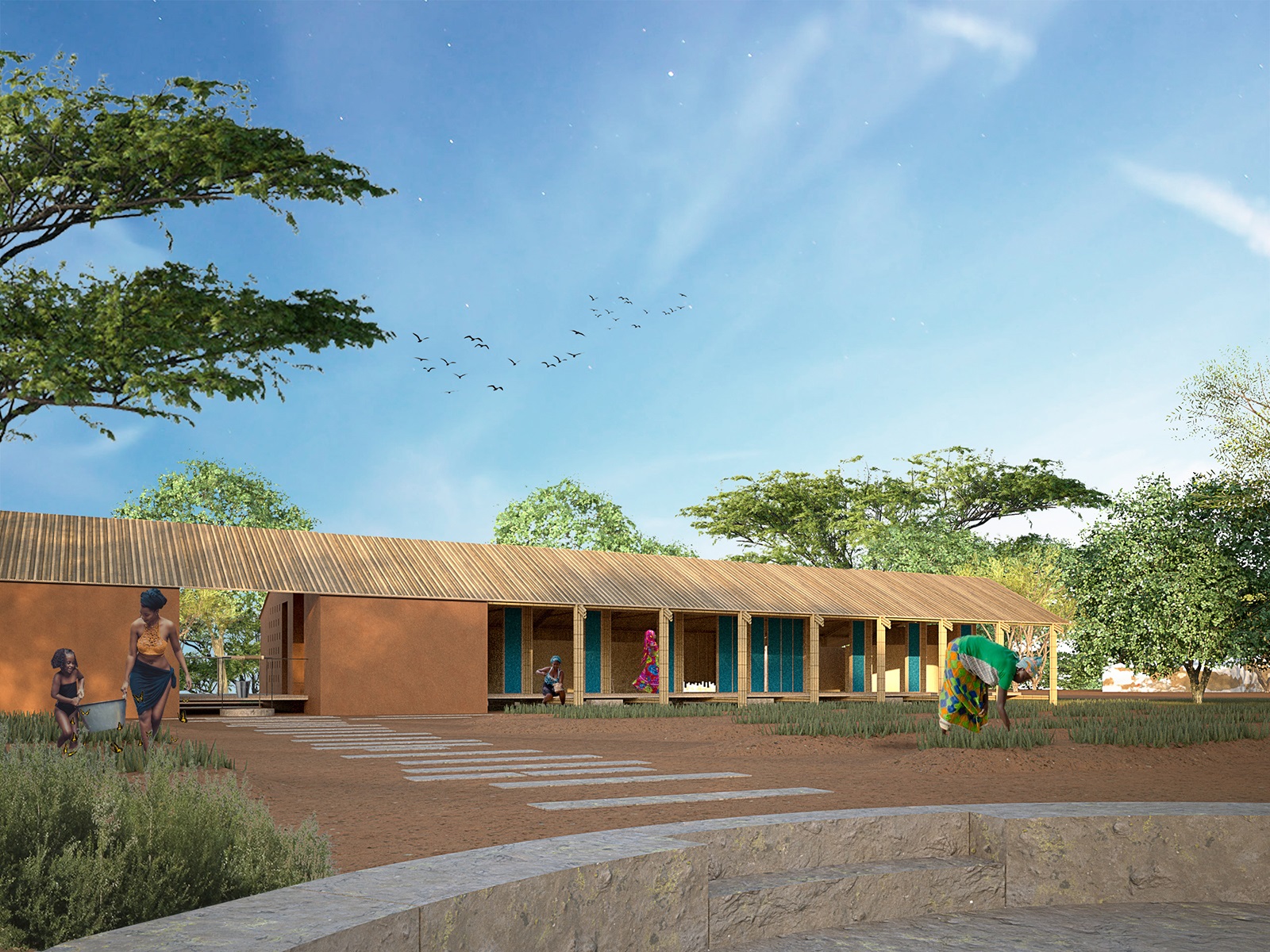 “The main gesture of the proposal is the creation of an asymmetrical gable roof, with split bamboos as roof tiles, that extends along the southwest part of the site”.

The roof construction continues tο the façade panels so that basically creates a third vertical fold of the roof that defines not only the spaces inside the roof as “interiors” but also the rest of the site. At the same time, there are some architectural handlings that aim to surpass this strict separation and establish a latent, more public character to the building.

The elevation of the pavilion’s floor that leaves the earth level to exceed to the other side implies the continuity and the gap that is created between the crinkle bottom of façade panels and the floor that leaves a glimpse of the inside are some of these operations. The desired public character of the house can be achieved in the most pronounced way with the use of a pulley system that lifts the façade panels, transforming the house into a public covered walkway.

The provided site was seen as an opportunity to give land property to women, a property that they would normally not be entitled to and wouldn’t get profits from. So with the positioning of the house along the street, architects had the ability to transform all the inner part of the site into a garden. 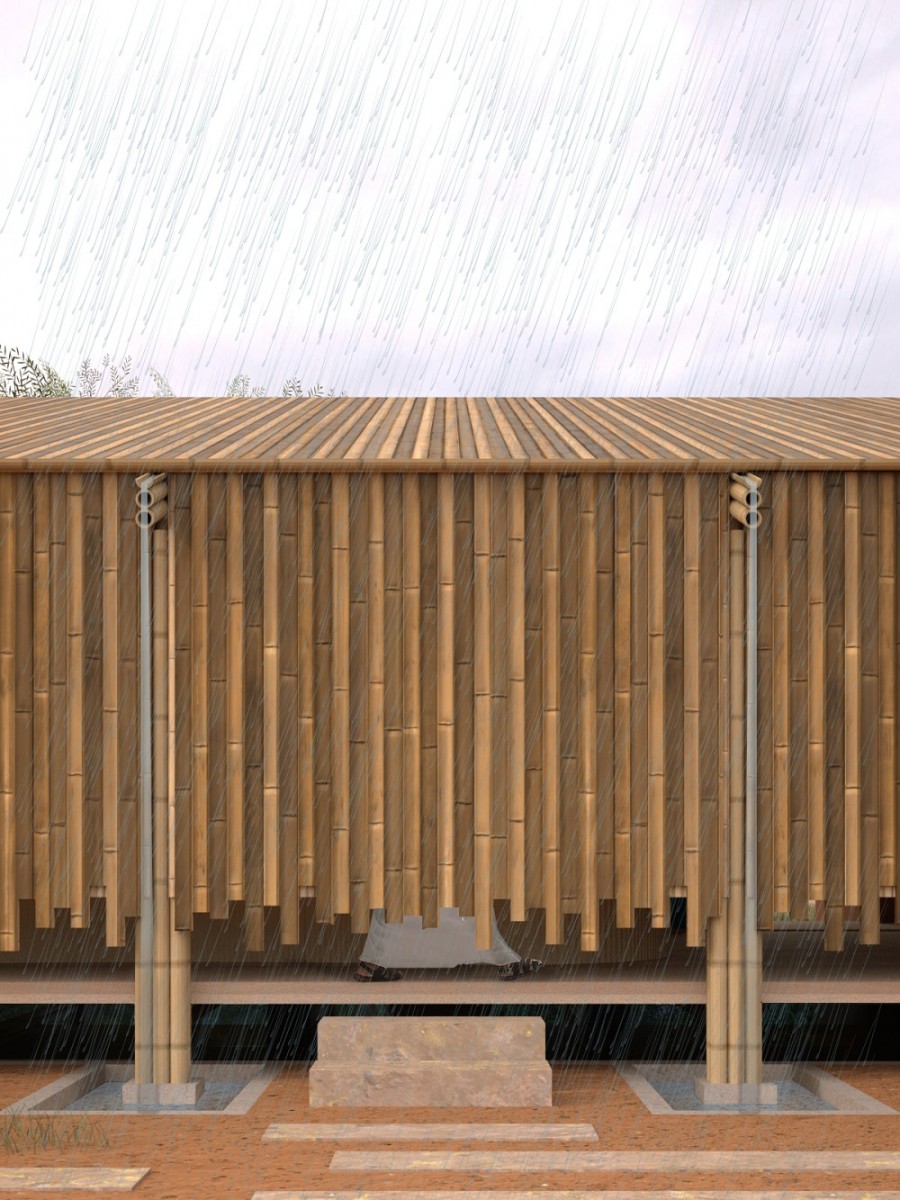 “The house is accessible through a defined entrance that reveals the garden visually but doesn’t allow a direct access to it”.

It leads to an arcade that connects all the main spaces of the house and also works as a front porch to the garden. On the right side of the house is an open space that can be independently opened to the street (by opening the façade panels) and be used as a market for the farming harvestings. Also there is a small storage room for goods and a larger one for management.

On the left side, architects have the “dialogue” room and also the main “collective activities hall” that can be split into smaller “rooms inside the room” with the use of soft folding paper walls that can be arranged at any desired shape or be folded and removed completely. The tilting façade panels on the one side of the hall and the sliding panels on the other add even more flexibility to this main space. The smaller room on this side of the building is designed as a possible position for bathrooms.

The roof of the building is used for harvesting rainwater, leading the water to an underground tank for watering. This tank is also used for passive cooling. The wind is free to flow on its surface and cool it by evaporation. At the same time, the cross ventilation under the roof creates upward airflow and cool air rises from the water surface, through the permeable flooring and into the interior. 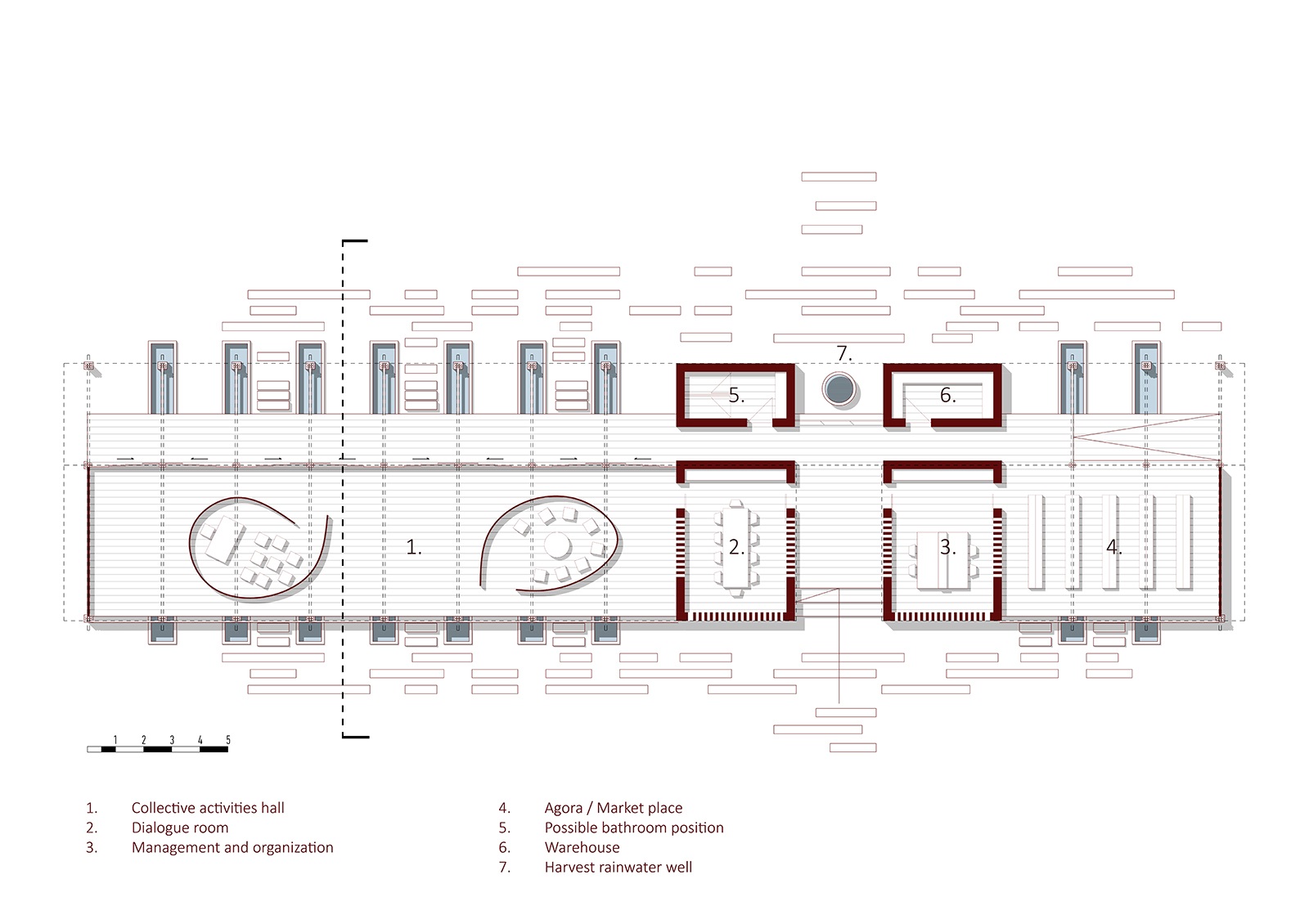 “The main material used for the house is bamboo due to its low cost, its environmental footprint and its many capabilities in constructions”.

The columns consisted from 6 bamboo poles tied together. The beams vary from single poles to combinations of 2 or 2,5 bamboos. For the roof cover, they use the same bamboo poles split in half in order to create roof tiles that ease water harvesting. The floor is made from wooden beams and they are distributed in a way that they leave small gaps in order to achieve the aforementioned passive cooling system.

To provide flexibility inside the “collective activities hall” they suggest the use of paper walls. These walls can unfold in any desired shape and are 100% recycled. Each one folded is less that 50cm thick and can be unfold up to 4,5 meter. Lastly for the construction of tanks, they use old tires in order to confine the use of concrete only for the bases of the columns. 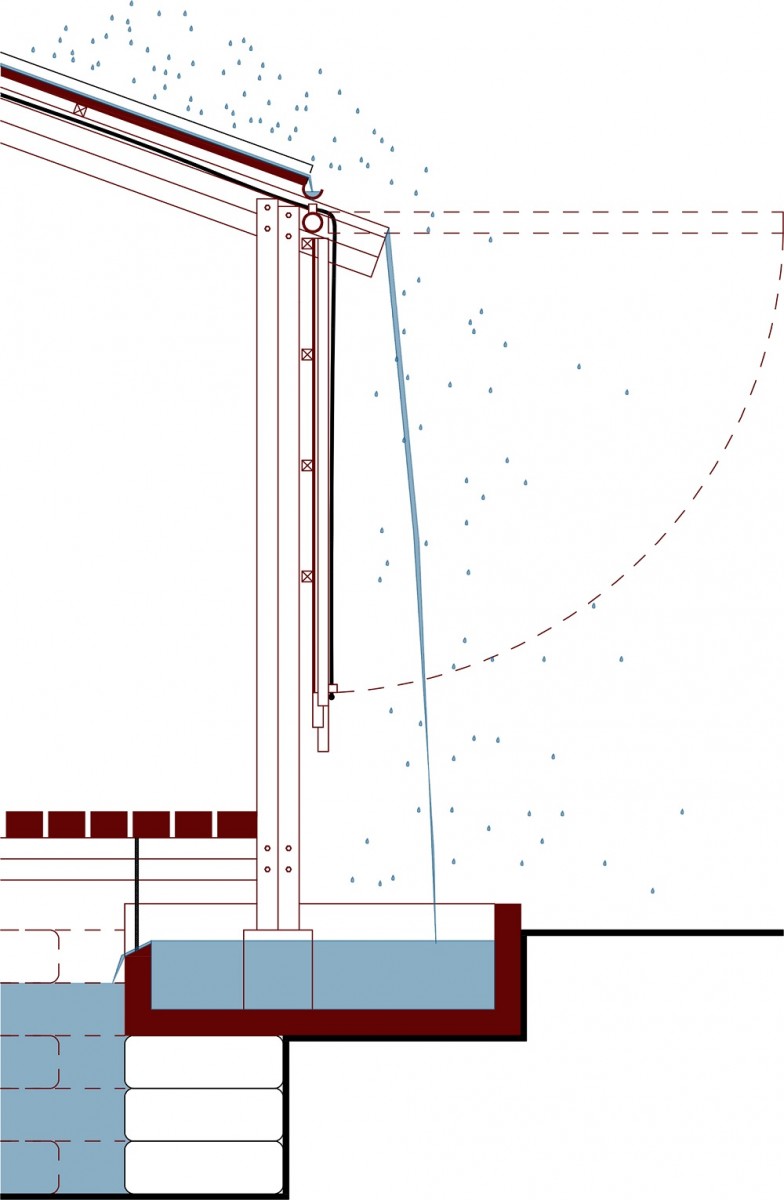 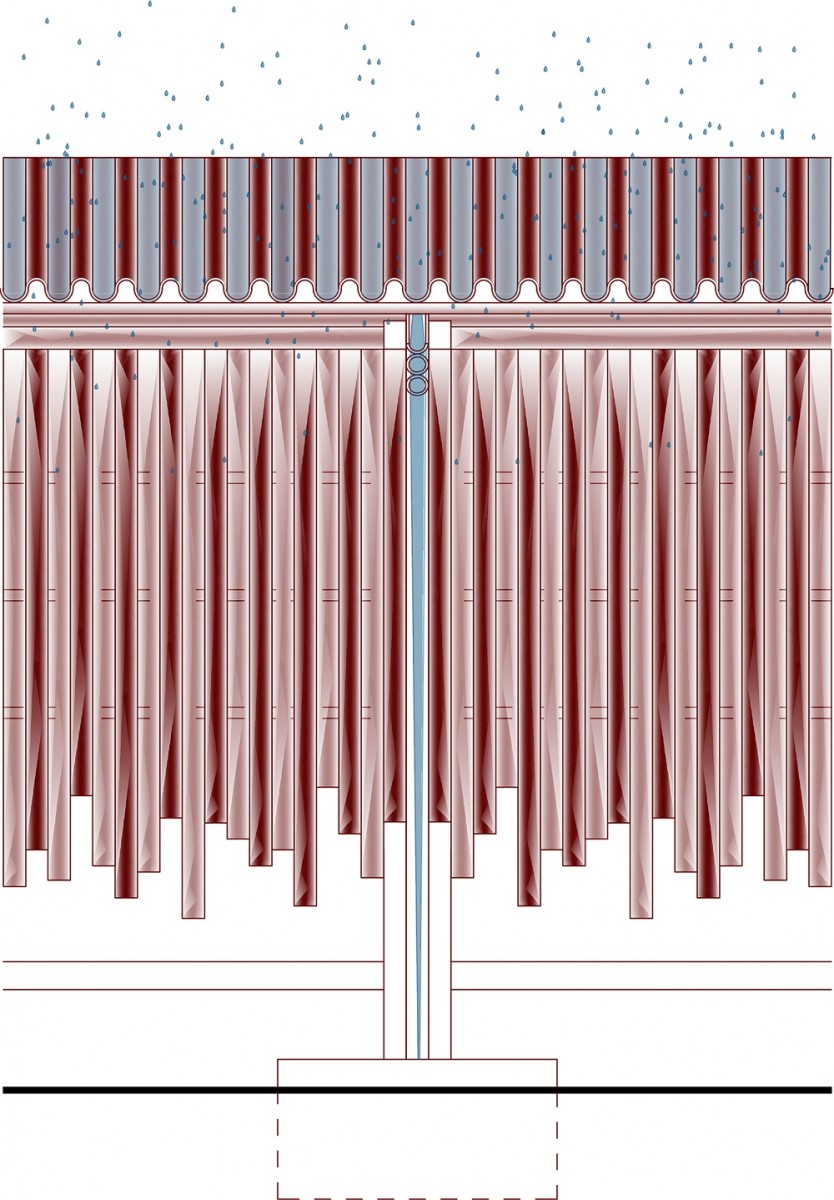 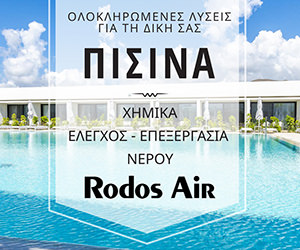 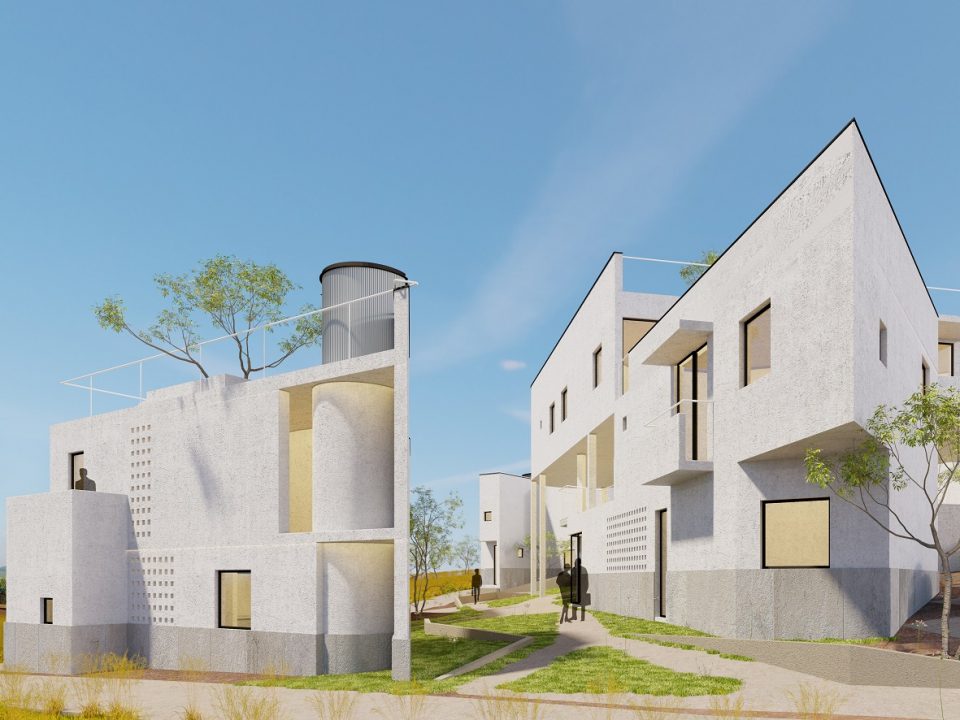 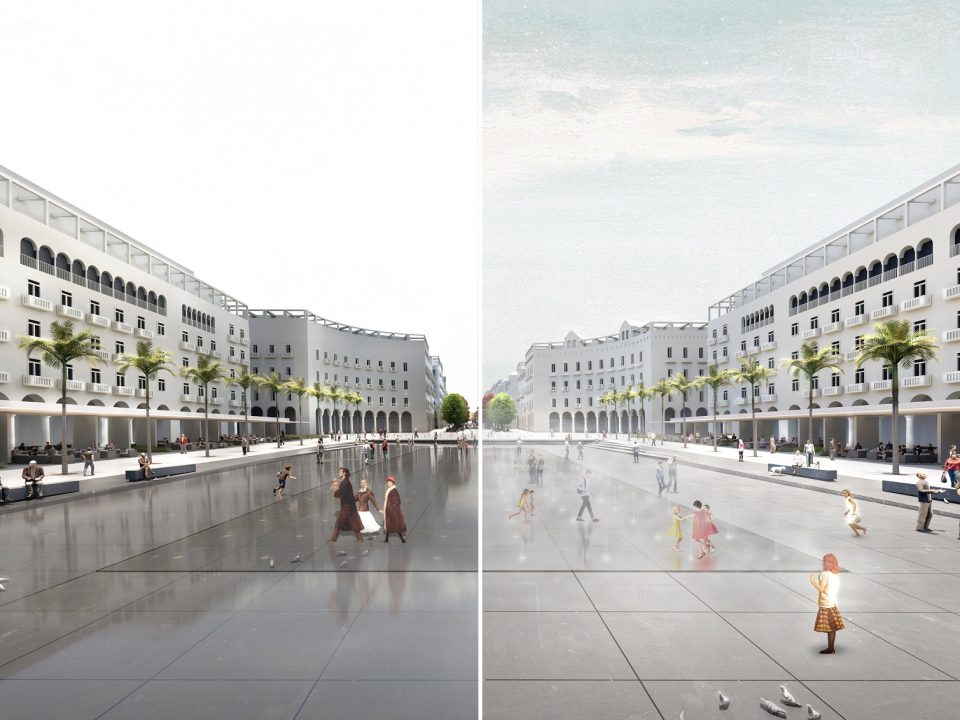 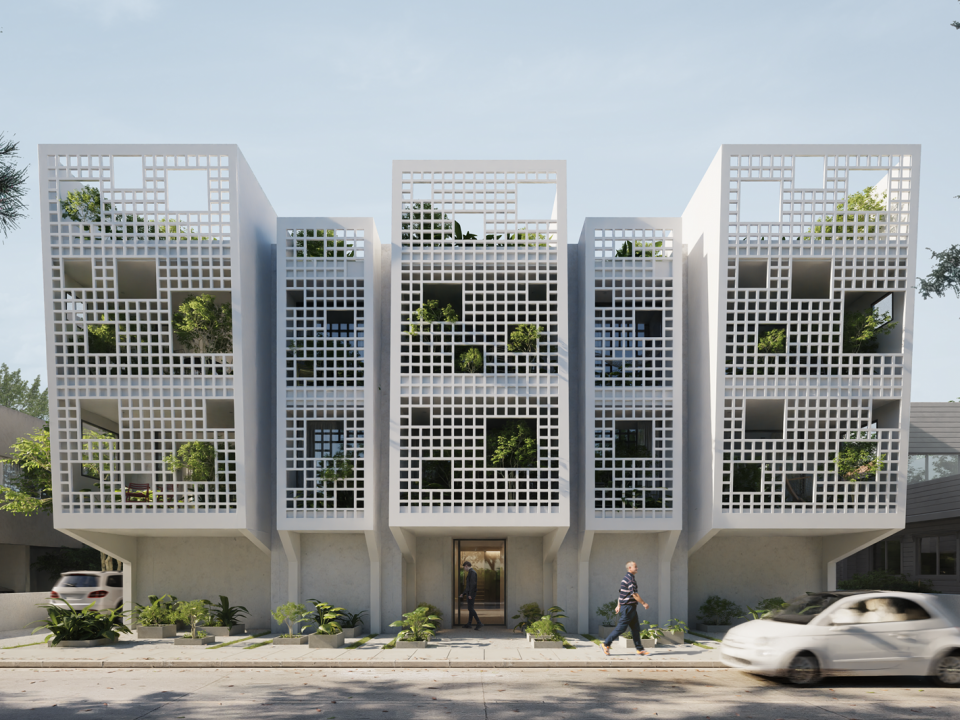 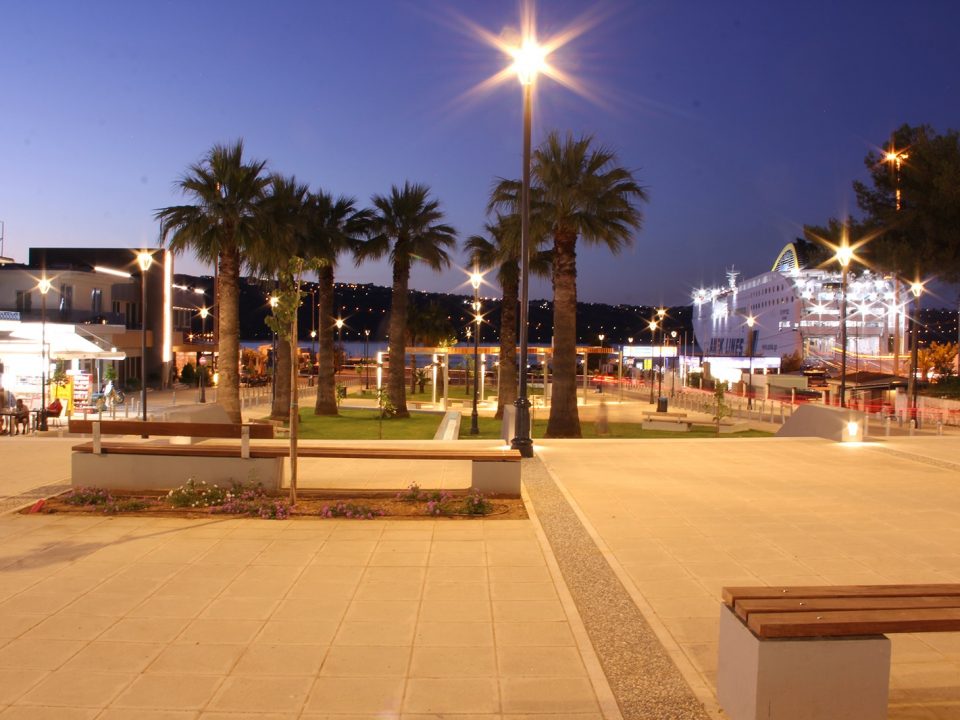